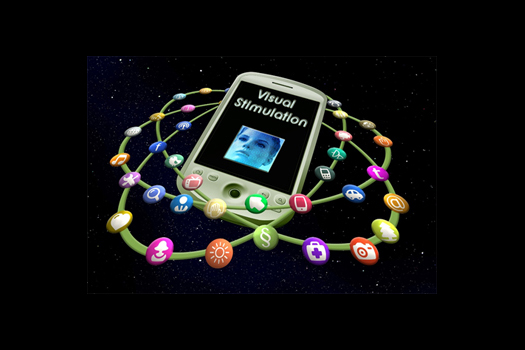 Since the dawn of social media’s time, we have been using text to convey our messages.  Most platforms have allowed for other media too…Pictures, videos, etc.  It seems like with every passing day (and passing platform) however, that audiences are craving more visual stimulation!  Not too many years ago, when you scrolled down your Facebook newsfeed (or even MySpace—Remember that guy!?), it was largely words.  Users generally kept their pictures in albums, occasionally sharing them.  As time has gone on, people have started using pictures and video more and more to convey their thoughts.  From dealing with many companies/organizations across virtually all of the realms of business, it seems like graphics, pictures, and videos are getting more and more attention; while pure text updates are being more frequently overlooked. Thus is the state of social media today.

Even on short, text-based platforms like Twitter, there are more and more attention-grabbing pictures/links/videos showing up in the feed.  Blogs almost always come along with relevant pictures.

The best indicator of this trend seems to be the huge success of Instagram.  People want to keep up with what their friends, family, and businesses/people they like are doing.

However, people have less and less time to do this.  Social media is a constantly growing and changing beast.  Much like the internet and websites as a whole, there is a continuously growing over-saturation.  EVERYBODY and their mother (literally…my mom is on most social media sites I use!) is using social media to stay connected.  It’s becoming more and more difficult to stand out if you don’t have a bright, flashing sign pointing to your page.  Well, maybe not that…but interesting, funny, and relevant media other than text.

People don’t only want to hear about what you’re doing.  They want to see it.  They can relate more to this.  Think of a story that your friend has told you about something funny they saw.  You might giggle a little, but be honest…you couldn't really care less.  Now imagine if they snapped a picture of this hypothetically hilarious thing.  You could share that moment with them after the fact, because you saw it too!

Going back to the flooded social media market, remember that most people are following/befriending/liking WAY more people than they could possibly know in real life.  If you’re on a 5 minute break and scrolling through your social media, you’re not likely to stop and read every single line of text by every person you ever met at a networking meeting or friend’s get-together.  You’ll usually do one of two things (or both).  One being that you may scroll through looking for people you know well, largely ignoring the rest.  And, two being that you will probably scroll through and only stop when something catches your attention.

My personal opinion is that in time, we will start to see more and more Instagram/Flickr/Pinterest-like platforms cropping up, and some of the text-heavy platforms will slowly start to become ghost-towns.  I’m not saying it’ll happen overnight, but I think that’s the way things are trending.  And even if I’m horribly wrong about that, pictures and videos seem to perform the best across the social media board, regardless of what platform you’re sharing on.