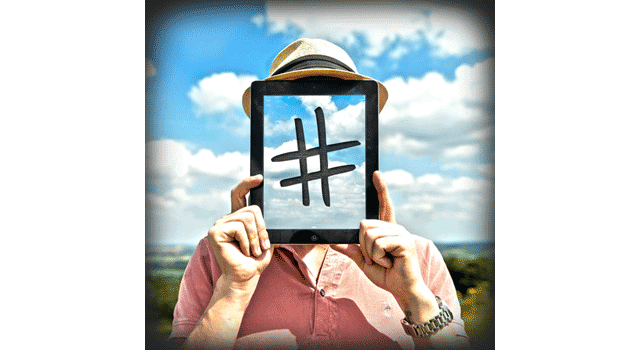 What’s the Deal with #hashtags?

Why do people and businesses load up their posts with these random words, phrases, acronyms, and so on? Well, it all started a long time ago…Back before Google and Bing became the genius search monsters that they now are. Before hashtagging was, well…a thing. Tags were used not only to categorize websites and content, but as a sort of SEO (search engine optimization) boost. The tags on a site would help it rank higher in search engine results. Think of tags along similar lines of search keywords. The search engines would crawl the tags on sites to determine the relevance to the search query. These days, search engines crawl all of the text on (and in) a site, which has made these tags and categories a lot less important to SEO.

Wikipedia[1] tells us that what we now refer to as the hashtag first appeared on Internet Relay Chat (IRC) which was created back in 1988. It was an internet chat system where users would chat through specific channels (topics) which where notated by the pound sign, immediately followed by the topic. For example, to join a group of people chatting about football, the user would type /join #football into their IRC platform.

Why Did Hashtags Become a Must-have for Social Media Success?

I’m glad you asked! As using tags for SEO became less and less impactful, they actually became a very useful way to optimize social media posts and blogs. Tags became a way for a user to search a specific topic or category within a website or social media platform. The first modern-day application of the hashtag appeared on Twitter in 2007. User Chris Messina tweeted the following, not knowing that he would kick off an international standard practice for nearly all social media platforms:

It caught on, big time. Twitter took nearly two years to respond by turning #hashtags into clickable links that users could follow in order to see posts made under the same hashtag by any public user. It didn’t take long for other platforms like Facebook and Google+ to pick up on the trend.

How Does this Affect You and Your Business?

First, it provides a great way to group and organize your content. This not only helps for your own reference, but it helps fans find older content that might be relevant to a particular issue they’re experiencing. Next, it’s a brilliant way to find new readers and reach an audience that you otherwise may never have been able to tap into. Not everybody may follow you, but if you diversify your content and your hashtags to match, you stand a great chance of reaching tons of niche audience members that could potentially follow you, or even become a client or customer.

In Hampton, we deal with a lot of small business. Hashtags have proven to be a great way to not only reach the entire Hampton Roads region, but a way to expand our reach to audiences across Virginia, the east coast, and the entire United States! They’re especially helpful for niche businesses that could use some healthy interaction from people who are truly interested in said niche.

So get out there, pay attention to trending hashtags, and do it! BUT…Don’t overdo it. Loading up your post with more hashtags than content is a quick way to make people lose interest or chalk you up as a spammer. Stick with a couple/few relevant and popular hashtags. Let us know how it works for you!